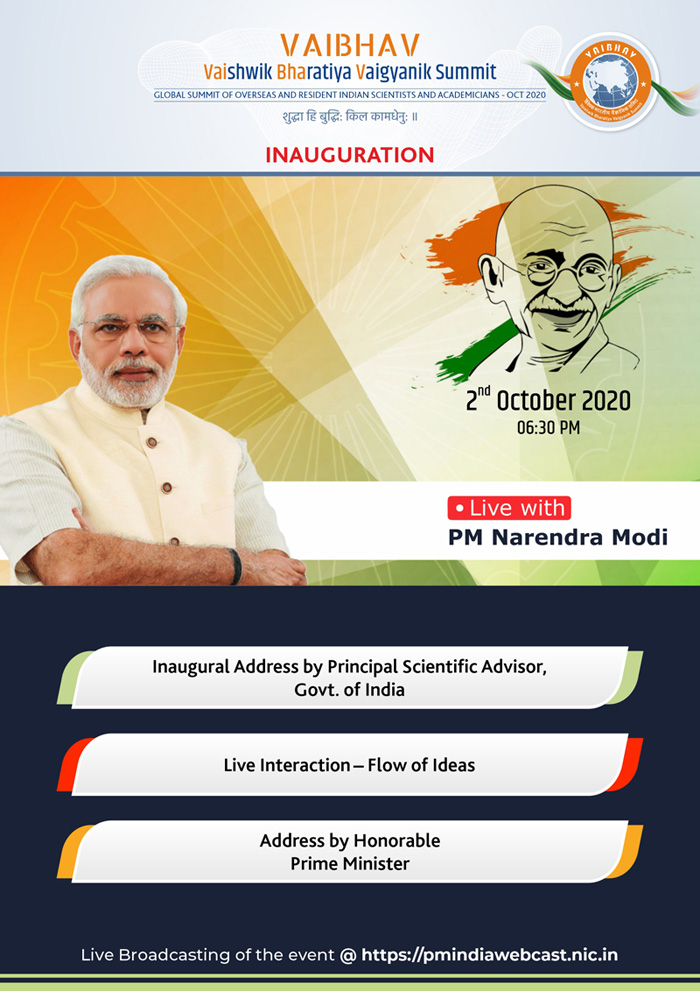 Global Summit of NRI Researchers called Vaishvik Bhartiya Vaigyanik (Vaibhav) Summit is being organised aimed at developing mechanisms for involving Indian Diaspora working in top universities and R&D organisations across the world, to further enhance the knowledge-base of Indian Research and Academic Institutions. The initiative would involve multiple levels of deliberations among the overseas experts and Indian counterparts over a month-long series of webinars, video conferences etc. The aim of deliberations will be to reflect in-depth on the collaboration and cooperation instruments between NRI and resident academia and researchers. Hon’ble Prime Minister will inaugurate the summit on 2nd October 2020, the birth anniversary of Mahatma Gandhi, in the virtual presence of the registered academia and researchers from across the world. Formal interactive sessions on 18 verticals will be held from 3rd Oct to 25th October through Webinar.

The details of the Summit are given at the following URL: