The Registration for Convocation is opened.

Vacancy for the engagement of Technical Officer on VARCoE contract

The 8th International Day of Yoga was observed at IIT Bhubaneswar

The 8th International Day of Yoga was observed on 21st June 2022 (Tuesday) at the Community Centre of IIT Bhubaneswar with great enthusiasm and vigour. Swami Siva Chidananda Saraswati, the founding member of the Sivananda Centenary Boys' School, Bhubaneswar was the Chief Guest of the event and joined the celebration physically at the age of 85. Cdr. V. K. Jaitly (Retd), esteemed member of Board of Governors of IIT Bhubaneswar graced the occasion as the Guest of Honour and addressed the gathering with his overwhelming speech. Prof. P. V. Satyam, Dean (SA) and Shri Debaraj Rath, Registrar I/C of IIT Bhubaneswar with students, faculty, officers, staff and their family members actively participated in the event. The theme for International Yoga Day 2022 was ‘Yoga for Humanity'. 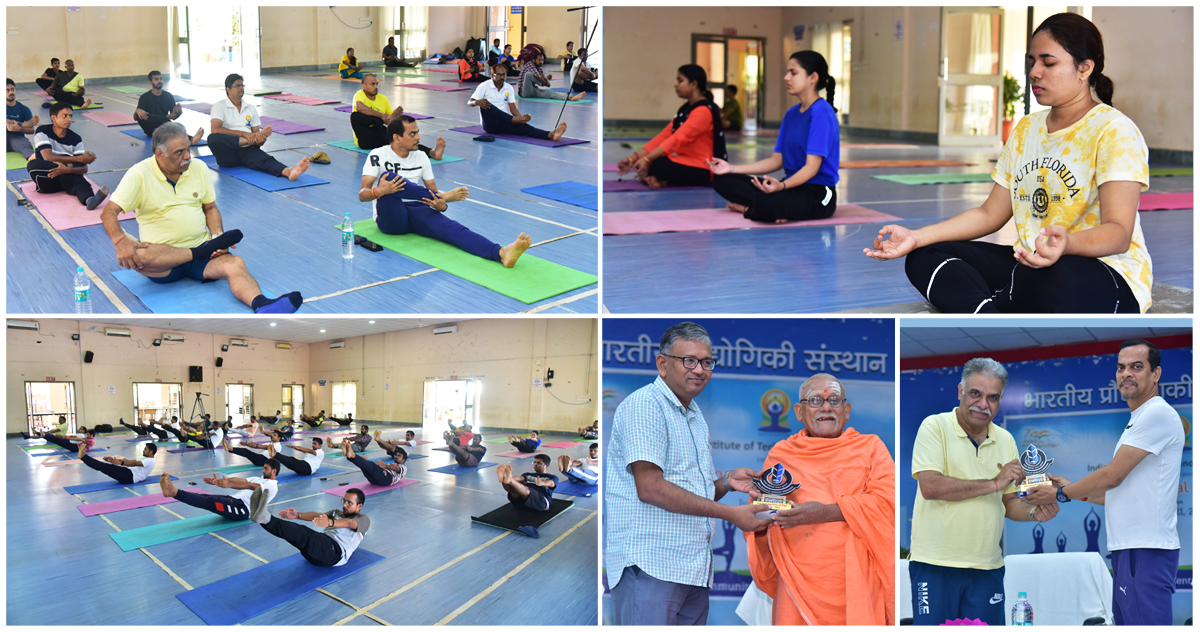 The participants, and Yoga teachers assembled for the practice session at the Community Centre in large number and practiced various postures of Yogasana with great interest. Swami Siva Chidananda ji, Chief Guest gave an interesting spiritual talk on “Life in Yoga” in a calm and creative manner.

Prof. P.V. Satyam welcomed the guests and reminded the gathering about the benefits of practicing yoga in everyday life and highlighted the potential and benefits of customization to suit every individual. He, on behalf of the Director of IIT Bhubaneswar, Prof. V. K. Tewari congratulated the campsites for participating the celebration in large number. Prof. Tewari expressed that Yoga is a way of healthy life and students can learn better concentration and problem solving through Yoga.

Prof. Satyam mentioned that at IIT Bhubaneswar, Yoga has been made a compulsory part of the undergraduate program. Thus, Yoga is a time-tested ancient practice and a gift provided by ancient India to mankind. He commended the remarkable efforts by the Honourable Prime Minister of India for popularizing the concept of Yoga across the globe by proposing the concept of International Yoga Day during his speech at the United Nations General Assembly, on 27th September 2014. 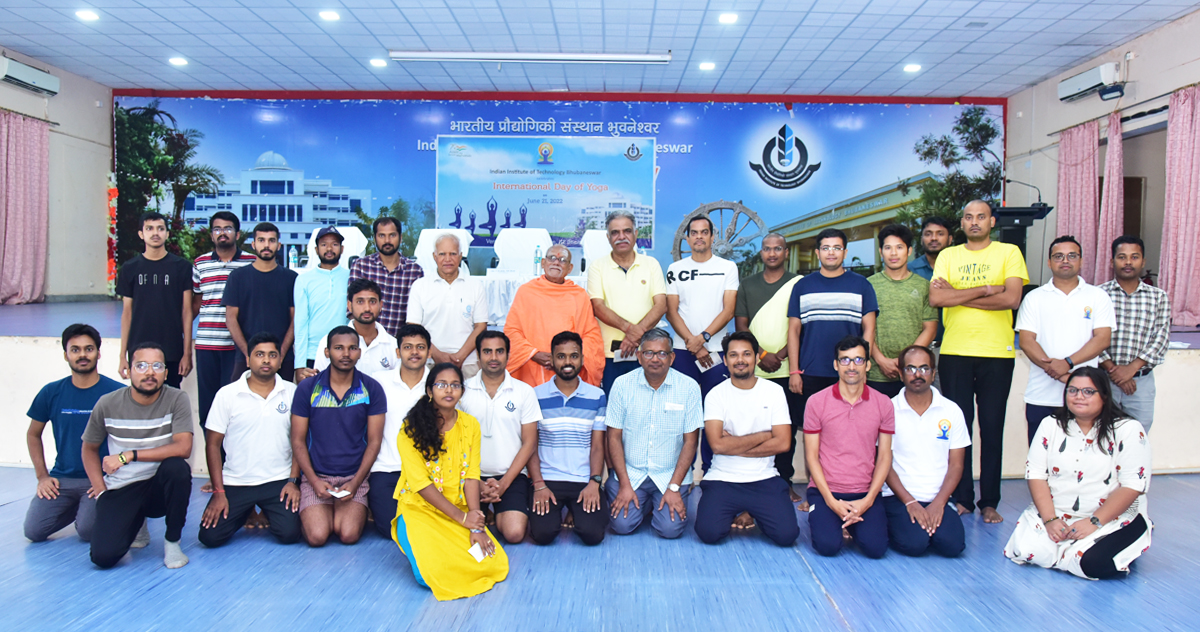 The programme was coordinated by Dr. Bankim Chandra Mandal and Dr. Devesh Punera, EAA Coordinators. Also present at the event were Dr. Srinivas Karanki, President Student Gymkhana, Dr. Rajan Jha, PIC Security, IIT Bhubaneswar and other esteemed faculty members. The Yoga session started with the systematic practice of different “ASANAS” of standing, sitting and laying positions smoothly changing in succession under the instructions of Yoga teacher and supervision of trained volunteers. The entire “Yogabhyas” lasted for an hour and ended with chanting of Sanskrit Shanti Mantra by all the participants.